HOUSTON, Texas (KTRK) — Video showing people standing close together in a crowded Houston nightclub was recorded over the weekend and began circulating online.

The video was taken at Spire Night Club in downtown Houston. A woman with a mask is seen walking across, but others around her in the video aren’t wearing face coverings.

Harris County Judge Lina Hidalgo’s mandatory mask order went into effect last week, which required all residents over the age of 10 to wear face coverings inside businesses, but the video making rounds on social media showed otherwise and has made people upset.

Carson Zoch, who posted the video on Twitter, wrote, “Imagine prioritizing your ‘social life’ over peoples actual lives. This isn’t about you anymore, you are putting others at risk.”

During a public appearance on Sunday, Mayor Sylvester Turner said that fire marshals were out all weekend reporting bars and clubs violating the state order, which could mean a $1,000 fine or a 30-day license suspension.

The Harris County Fire Marshal said their complaint hotline and website form received 580 complaints due to overcrowding and/or businesses being open when they shouldn’t be, but no citations were issued yet. 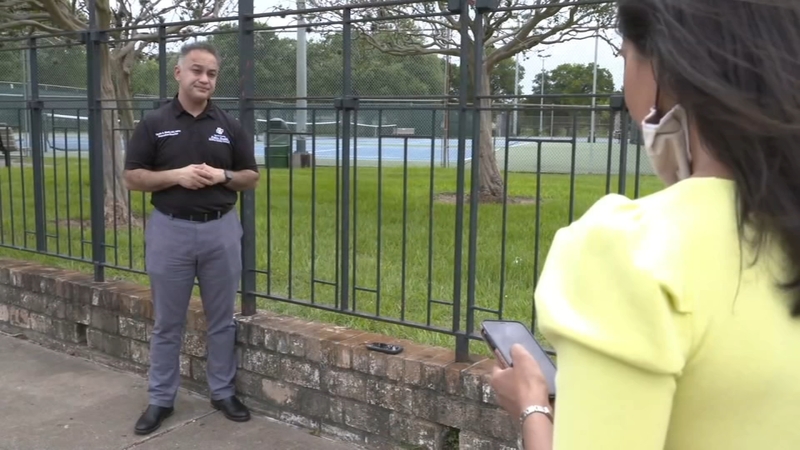 What does Harris County’s top doctor think of those viral videos of crowded nightclubs and bars? For one, he says people may be over COVID-19 but believes COVID-19 is certainly not done with people. Hit play to hear what he said after a reporter showed him a video of a Houston club packed with club goers.

ABC13 spoke with one of the owners of Spire. The owner said the nightclub opened up because they are registered as a restaurant. Restaurants were part of Gov. Greg Abbott’s order to scale back to 50% capacity.

Gov. Abbott ordered the closing of all bars and scaled back restaurant capacity in Texas on Friday after the state experienced a 3-day in a row record high of COVID-19 cases.

On Sunday, the Texas Bar and Nightclub Alliance announced they’ll sue the state.

In a statement, they call Gov. Abbott’s order, “discrimination. Frustrated by the fact that big box stores, salons, restaurants and gyms don’t have to close.”

Previous Masks, distance and plastic dividers: Officials will use runoffs as ‘tests’ for November elections
Next Masterminds of Karachi attack to be traced soon: minister