With the republic at stake, Senate needs to grill Trump’s pick for attorney general

January 10, 2019 BreakingNews Comments Off on With the republic at stake, Senate needs to grill Trump’s pick for attorney general 275 Views

CTD detains two suspected militants linked with IS in Karachi

(CNN)Next week, the Senate Judiciary Committee will hold a confirmation hearing for William Barr, President Donald Trump’s nominee for attorney general. While any attorney general inherently holds immense power, the ongoing investigation by special counsel Robert Mueller — and the threat it poses to Trump’s presidency — potentially raises the ordinarily high stakes to bet-the-republic levels. Given Barr’s public condemnation of Mueller’s work, the Senate must press hard to determine whether Barr is sufficiently impartial, independent and principled to take the mantle as attorney general. 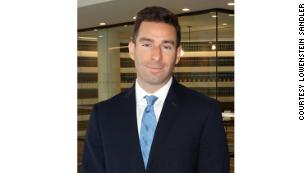 Elie Honig
Whenever the Department of Justice closes in on the White House or other powerful players, the attorney general must choose: Will DOJ serve political ends, or will it pursue justice as the facts and the law dictate? Perhaps most famously, steel-spinned DOJ prosecutors refused to buckle to intense political pressure to curtail investigations that ultimately resulted in the resignations of Vice President Spiro Agnew in 1973 and President Richard Nixon in 1974. The next attorney general’s commitment to apolitical rule of law could have similar consequences.
While Barr’s eventual confirmation seems likely given the Republican majority in the Senate and on the Judiciary Committee, the Senate nonetheless must question Barr rigorously. The American public needs to learn what Barr is really about, and Barr must know that Congress will demand accountability should he get the job.
The Senate should, of course, examine Barr on vital DOJ policy issues, including the Trump administration’s efforts to enforce “zero tolerance” immigration policy, to roll back civil rights protections for transgender people, to scale back oversight of police departments and to investigate purported “voter fraud” despite a paucity of evidence. 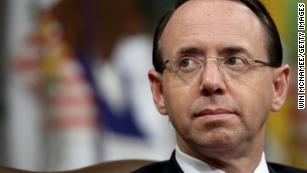 Source: Rosenstein to leave Justice Department 00:59
Beyond these policy questions, the Senate must scrutinize the legitimate and troubling questions that have arisen about Barr’s impartiality on the Mueller investigation. While it is some comfort that Sen. Lindsey Graham said on Wednesday that Barr has vowed not to stop Mueller from completing the investigation, the Senate still must question Barr directly and put him squarely on record. And even if Barr permits Mueller to complete the investigation unfettered, there are plenty of things Barr still can do to affect the ultimate outcome of Mueller’s work.
This is particularly important in light of recent reporting that Deputy Attorney General Rod Rosenstein, who has overseen the investigation since its inception and by all appearances has enabled Mueller to do his work unfettered, is planning to resign shortly after Barr’s impending confirmation.
Given the enormous potential fallout of Mueller’s work, here are five key questions the Senate should ask Barr at next week’s hearing.

1. Why did Barr send a memo to DOJ attacking Mueller’s obstruction of justice investigation?

In June 2018, Barr — apparently unsolicited — sent a detailed 19-page memo to DOJ arguing that Mueller’s “obstruction theory is fatally misconceived.” Barr previously offered The Hill a more plainspoken assessment, calling the obstruction investigation “asinine.”
The Senate must ask Barr why he wrote the DOJ memo. Barr likely will answer that he merely was concerned as a private citizen and former attorney general by what he read about Mueller’s obstruction inquiry, and felt compelled to express his personal view.
Don’t buy it. Barr’s decision to send the memo to DOJ is unusual and, at best, conspicuous. There is much about the letter itself, and the circumstances of Barr sending it, that casts doubt on a benign explanation. 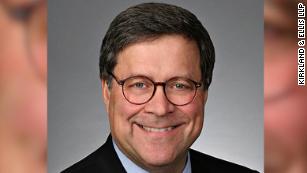 Barr: Mueller will not devolve into witch hunt 03:00
The Senate should challenge Barr with pointed follow-up questions. For example: Did anyone at DOJ or elsewhere in the Trump administration ask you to write the memo? Did you show the memo to anybody or discuss it with anybody before you sent it to DOJ? In the 25 years since you last served as attorney general, have you ever sent another memo to DOJ in your personal capacity? When you sent this memo in June 2018, had you seen news reports that Trump had repeatedly attacked and ridiculed his then-Attorney General Jeff Sessions and likely would fire Sessions shortly after the November midterm elections, leaving the attorney general job open? Did you know that two of Trump’s recent selections for high-level positions had expressed public skepticism about the President’s amenability to criminal process generally (Justice Brett Kavanaugh) and Mueller’s investigation specifically (acting Attorney General Matthew Whitaker)?
These questions should cast doubt on any facile response from Barr that he acted purely from a sense of personal duty. It is far more likely that Barr sent the memo to audition before Trump for the attorney general job.

2. Does Barr believe Trump obstructed justice if he pressured James Comey to drop the FBI investigation of Michael Flynn?

Mueller’s obstruction investigation reportedly focuses, among other things, on Trump’s 2017 effort to pressure then-FBI Director James Comey to drop an investigation of Trump’s former national security adviser Michael Flynn. (Flynn since has pleaded guilty to lying to the FBI about his conversations with the Russian ambassador regarding 2016 election-related sanctions). 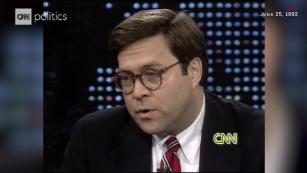 AG pick Barr on presidential investigations (1992) 01:09
Barr argues in his memo to DOJ that “in commenting to Comey about Flynn’s situation — to the extent it is taken as the President having placed his thumb on the scale in favor of lenity — the President was plainly within his plenary discretion over the prosecution function.” Barr also claims, “There is no legal prohibition — as opposed to a political constraint — against the President’s acting on a matter in which he has a personal stake.”
Barr’s argument is deeply problematic because it permits the President to shut down a criminal investigation, including one that might implicate him or his associates, without legal consequence.
The Senate must probe whether Barr stands by his position: Does the President have unlimited power to shut down a criminal investigation for any purpose whatsoever? Is it OK for a President to “place his thumb on the scale in favor of lenity” to protect himself or his associates against potential criminal charges? By your reasoning, is the President free to fire Mueller if Mueller gets too close to exposing crimes committed by the President or others?
Barr already has answered these questions in his memo. The Senate must not permit Barr to wriggle away from his own words once the bright lights of the confirmation hearing are turned on.

3. Does Barr believe Trump stands above DOJ’s normal powers to subpoena and indict?

In his memo to DOJ, Barr writes that Mueller “should not be permitted to demand that the President submit to interrogation about alleged obstruction.” Thus, in Barr’s stated view, Mueller can neither demand nor compel (through a subpoena, which is how prosecutors obtain testimony) Trump to provide information to criminal investigators. This echoes the views previously stated publicly by recent Trump appointees Kavanaugh (who proposed that Congress should pass a law “exempting” a sitting president “from questioning by criminal prosecutors”) and Whitaker (who, The New York Times reports, will not allow the President to be subpoenaed). 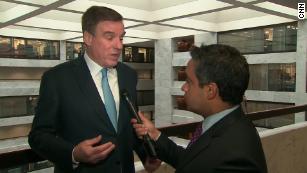 Warner: Trump should withdraw Barr nomination 02:39
The Senate should press Barr on this issue: Do you categorically believe the President can never be subpoenaed, or is there some limitation? If so, when can the President be subpoenaed? Isn’t the Fifth Amendment sufficient to protect a President who might incriminate himself by responding to a subpoena?
Barr’s memo to DOJ does not address the next logical (and even more consequential) question: Can DOJ indict a sitting president? Internal DOJ policy guidance from 2000 counsels against indicting a sitting president, but legal scholars differ and there is no statute or prior court decision on the point.
The Senate should demand answers from Barr on this issue, which could be the most consequential of his tenure: If confirmed, will you follow DOJ guidance that a sitting president cannot be indicted, or will you re-examine the issue? Do you believe the issue is properly decided by the courts; if so, and if DOJ finds sufficient evidence, should it indict and then permit the courts to decide?

4. If career ethics professionals in DOJ recommend Barr’s recusal from the Mueller investigation, will he follow their advice?

Like Whitaker, Barr likely must undergo internal DOJ ethics review to determine whether his prior public statements necessitate recusal from the Mueller investigation. Whitaker rejected an ethics official’s advice that he recuse, despite the official’s conclusion that “a reasonable person with knowledge of the relevant facts likely would question the impartiality of the acting attorney general.” By declining to recuse, Whitaker fueled public skepticism that Trump chose him primarily to exercise control over Mueller.
The Senate should ask Barr: If a reasonable person would question a prosecutor’s impartiality on a given case, should the prosecutor recuse from that case? Does public perception of a prosecutor’s impartiality matter? Do your prior statements, including that Mueller is pursuing an “asinine” theory, give rise to reasonable concerns about your impartiality? Will you rely on the fact that Whitaker did not recuse to justify your own non-recusal, or will you conduct a completely independent inquiry?

5. Does Barr stand by his prior public criticisms of Mueller and his investigation?

Although Barr worked with and supervised Mueller at DOJ in the 1990s, Barr has been unsparing in more recent public criticism of his former colleague. Beyond calling Mueller “overly zealous” and “overly aggressive” in his memo to DOJ, Barr toldThe Hill in 2017 that Mueller’s investigation risked “taking on the look of an entirely political operation to overthrow the President.”
Stay up to date…

The Senate should ascertain exactly where Barr stands with respect to Mueller: Do you stand by your prior statements that Mueller is overly aggressive and politically motivated? On what do you base your assertion? Why would a longtime Republican (Mueller) who was appointed by another Republican (Deputy Attorney General Rod Rosenstein) who was nominated by yet another Republican (Trump) have a political motivation to “overthrow” Trump? Given that Mueller has obtained guilty pleas from Flynn, Paul Manafort, Michael Cohen, Rick Gates, George Papadopoulos and others, do you stand by your characterization of Mueller as an “overly zealous” prosecutor? If you do not stand by your own prior words, what has changed between then and now?
The Senate has an enormous task before it next week. It must determine whether Barr has the impartiality, independence and political courage to serve as attorney general. The Senate cannot accept coached-up, mealy mouthed dodges. Nor should the Senate permit Barr to get away with the classic double-edged confirmation hearing dodge: “I cannot answer that question because it is a hypothetical” paired with “I cannot answer that question because it relates to a pending case.”
The Senate must get real answers; the stakes are too high for game-playing
Senate needs to grill Trump's pick for attorney general With the republic at stake 2019-01-10
admin_english
Share