HOUSTON, Texas (KTRK) — Police say a man was detained after refusing to leave the FBI building in northwest Houston.

North officers just detained a male at 100 Justice Park. Male went to the FBI building and made statements indicating he wanted to harm himself. Male will be taken to NPC for evaluation. 202 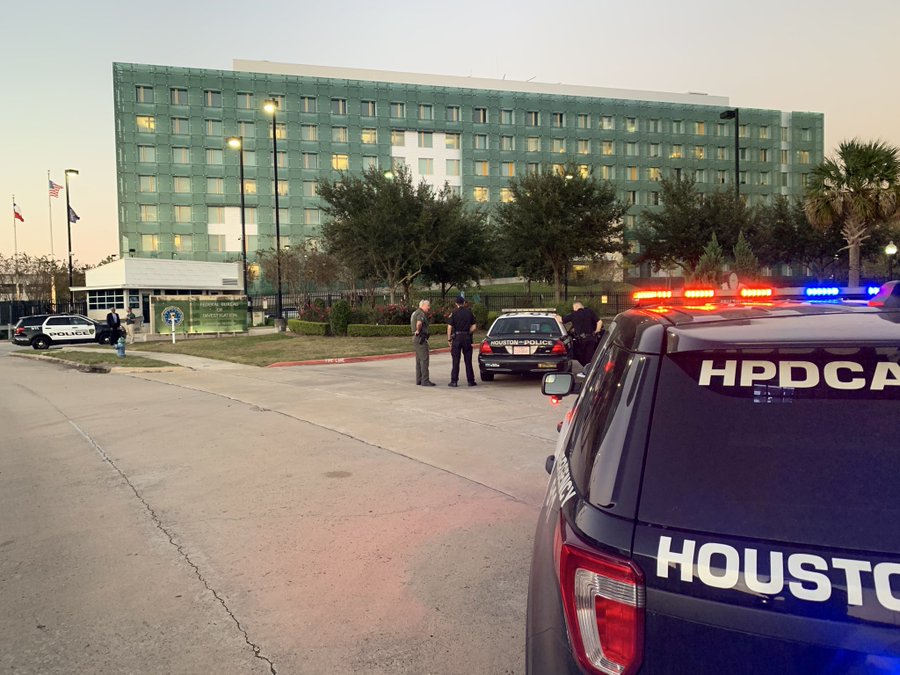 The FBI said the man stopped by the offices and asked to speak with someone. After speaking with an agent, the man became belligerent and was asked to leave.

According to HPD, officers were alerted by the FBI after the man left and came back. They added the man refused to leave and was later removed.

SkyEye13 video from above the scene showed police swarming the area.

Police initially reported someone rammed through the gate and threatened to set his vehicle on fire, although no visible damage to the building or a vehicle could be seen.

The FBI later confirmed the man caused no damage to the gate or property.

The man was taken in for evaluation.