Floyd, who died after a Minneapolis police officer pressed his knee into Floyd’s neck for several minutes, grew up in Houston.

A crowd grew exponentially at Discovery Green ahead of the rally organized by Houston entertainers Trae Tha Truth and Bun B.

Demonstrators marched to City Hall, for a rally that lasted a little more than an hour as various Houston officials, activists and members of Floyd’s family spoke. 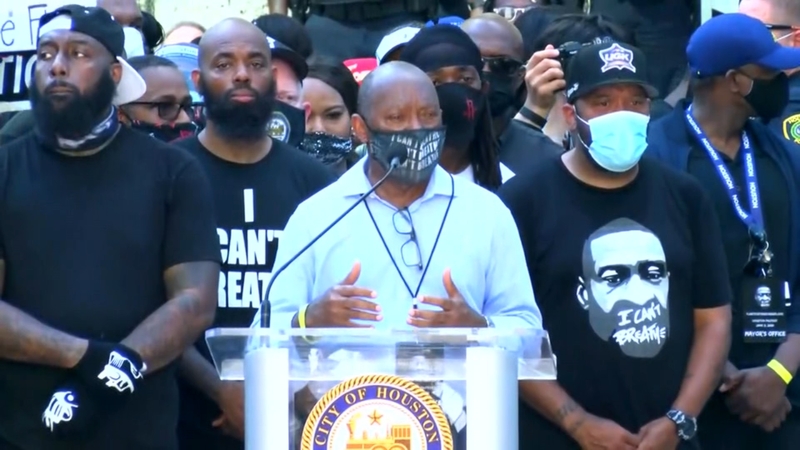 Mayor Sylvester Turner told the crowd that the rally and march were about “lifting up the family of George Floyd.”

“Today we want to love on them. We want them to know that George did not die in vain,” he said.