HOUSTON, Texas (KTRK) — The death of a Houston police sergeant occurred on the 11th anniversary of a fatal shooting of another HPD officer.

Veteran officer Timothy Abernethy was shot and killed on Dec. 7, 2008, in northwest Houston.

Police say Abernethy pulled Mabry J. Landor over in a parking lot of an apartment complex but Landoor ran away and hid. 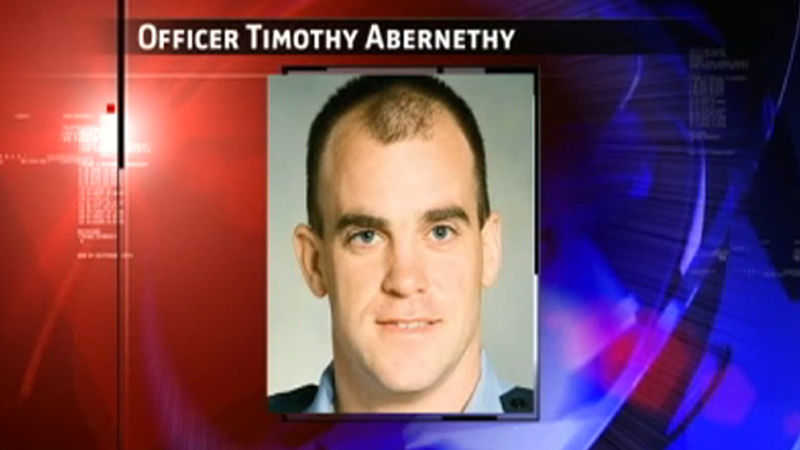 Video from the ABC13 archives shows parts of the 2010 trial of the man accused of killing Houston police officer Timothy Abernethy.

Detectives say Abernethy was shot in the head. One eyewitness told Eyewitness News that Landor calmly returned to his vehicle and drove off after shooting Abernethy.

That eyewitness found Abernethy on the ground and called 911.

“She said, ‘Put a cold towel on the bleeding part,’ and that’s what I did,” said neighbor Willie Fleming. “Then a young lady came and took his pulse. There was no pulse. There was no anything from him. I was at his body within 20 seconds after the shot.”

Abernethy’s gun was by his side. He never got a chance to shoot back.
Before the shooting, police say Abernathy entered the license plate number on the vehicle Landor was driving into his police computer. DPS and the Harris County sheriff’s office then went to the house where that vehicle is registered.

They found the vehicle in northwest Harris County in the 3200 block of Hombly and detained Landor.

“At some point in time, the suspect apparently changed clothes,” said Williams.

Landor was convicted of capital murder in 2010 for Abernethy’s killing. He’s currently on Texas Death Row.

Abernethy was an 11-year veteran of the Houston Police Department. He was survived by his wife and two children.

Previous How you can help Sgt. Brewster’s family
Next TIMELINE: What we know about what happened to Sgt. Christopher Brewster

EaDo is home to 2 hidden gems

HOUSTON,Texas (KTRK) — In EaDo you can find a specialty shop handcrafting beauty products from …