HOUSTON, Texas (KTRK) — A family is outraged after a video surfaced of their special needs child being mistreated by a Lamar Consolidated ISD teacher.

On Saturday, the family released several videos showing what they believe to be acts of verbal and physical mistreatment of their child.

In the video, a teacher at George Ranch High School can be seen knocking over a student’s desk, grabbing his arm and forcing him to pick up the desk.

ABC13 spoke with the family’s attorney Samuel Wesley along with special education student advocate Karen Mayer Cunningham about the video Monday night and they say, “there’s nothing about any of this that is right.” 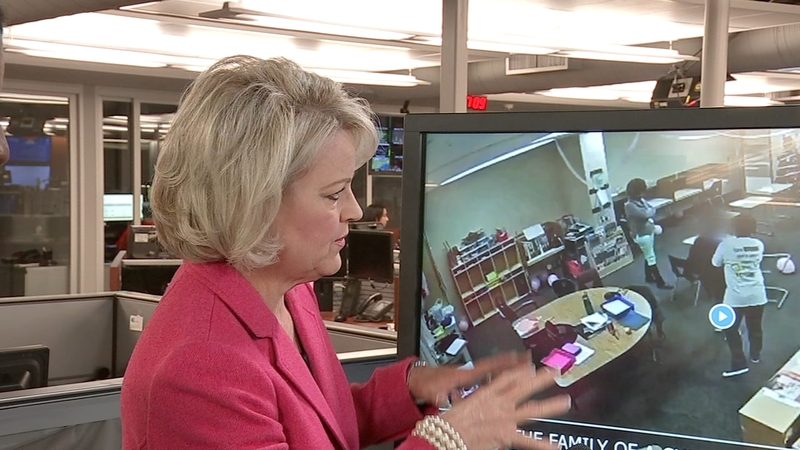 “There’s nothing about any of this that is right.” said special education student advocate Karen Mayer Cunningham about the video.

Many Houston celebrities posted the video to their social media accounts demanding answers from the district.

Rapper and community activist Trae Tha Truth spoke out about the incident saying, in part, “Everyone who knows me, know I have a special needs son and I don’t play behind these kids. In no way is that okay.”

Rapper Slim Thug also spoke out about the incident, saying that the student in the video was not able to communicate the mistreatment to his parents.

The school district released a statement on Monday saying the incident happened in December 2018.

The family will hold a press conference in regards to the incident on Tuesday at 11 a.m. at the LCISD administration building.

The family is hoping to raise the public’s awareness of how special needs children are being treated in classrooms at LCISD and other school districts in Houston.

Previous Timeline of Houston Astros cheating scandal
Next Family of hit-and-run victim: ‘They left him like he was a dog in the street’

EaDo is home to 2 hidden gems

HOUSTON,Texas (KTRK) — In EaDo you can find a specialty shop handcrafting beauty products from …