December 16, 2019 Houston News Comments Off on Mayor Turner prepares to get back to work after re-election win 25 Views

HOUSTON, Texas (KTRK) — Houston Mayor Sylvester Turner was able to exit the campaign trail and reflect on his next four years in office Sunday. He easily beat his runoff opponent, Houston attorney Tony Buzbee, who has yet to make a traditional concession call. 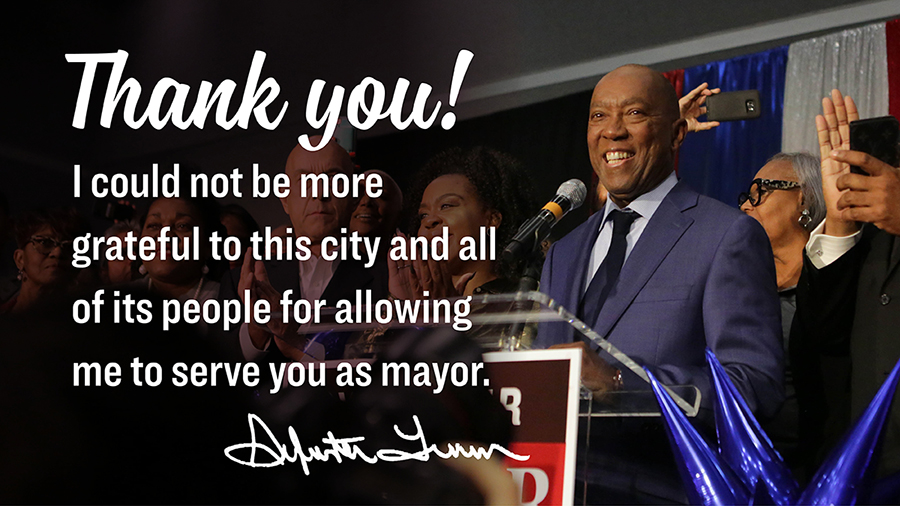 95 people are talking about this

“It’s all good,” Turner said. He has set flood improvements as one of his top priorities, as well as “the things that really concern people and that impacts their lives, their street, their neighborhood, and the city as a whole. I’m excited.”

Turner won by a double digit margin over Buzbee, who had broad support from Houston firefighters.

His referendum approved by voters last year is still on hold after the city opposed its implementation. It is still going through legal challenges.

Buzbee also had runoff day encouragement from President Trump, for whom he hosted a fundraiser for in the past. Trump tweeted for voters to “drain the swamp at city hall and crush the liberals.”

A political science professor from the University of Houston believes that endorsement played a part in the runoff vote and not to Buzbee’s advantage.

“Houston has been blue for years,” Professor Nancy Sims said. “I think people who weren’t happy with Turner, who considered Buzbee an alternative, shifted back when they received the texts and robo calls from Trump.”

Buzbee raised the possibility at his election night speech that he might not win, but didn’t officially concede. “My whole life I’ve been an underdog. I’ve been a winner, but most likely I probably did not win tonight, but hear me when I say, I will not quit,” he said. He said he plans to return to his law practice, “to represent victims and fight for them.”

Sunday, Buzbee posted a picture on Instagram, aboard a private jet. “We need a bit of R&R, and then we’ll be back with a vengeance,” it read.