The morning after: Peaceful moments you missed during Houston George Floyd march

June 3, 2020 Houston News Comments Off on The morning after: Peaceful moments you missed during Houston George Floyd march 99 Views

While so many powerful moments happened during the day, the passion and call for peace lasted well into the night.

At one point during the march, a woman prayed with HPD Chief Art Acevedo.

“Everyone can see that we are equal, we are the same, we all bleed red. We only have differences in skin color, and that is nothing, Father, in your eyes,” she said as she embraced the chief, who was later seen hugging many others in the crowd. 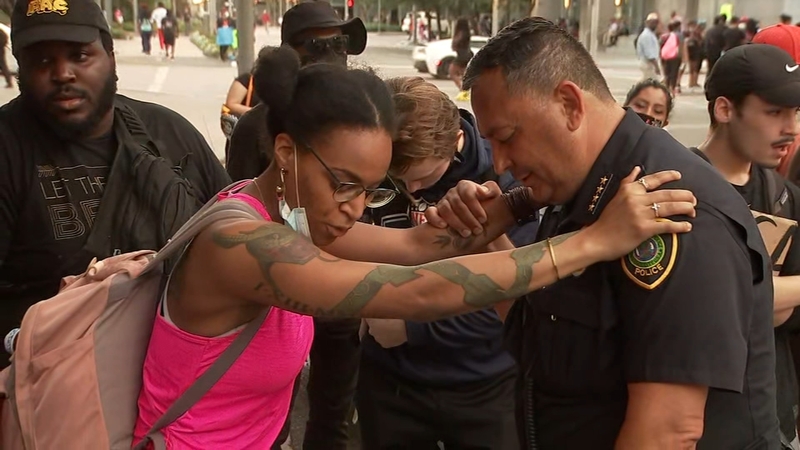 “We only have differences in skin color, and that is nothing, Father, in your eyes,” she said as she prayed for Houston’s police chief.

Acevedo has been vocal about showing support during the protests, taking a knee in solidarity.

One mom shared a video of her son, who was holding a sign, talking to an officer. “Don’t ever be afraid,” the officer told him as she introduced him to her colleagues.

Floyd’s family was at the center of the march, which was led by Houston rappers and activists Bun B and Trae Tha Truth.

“The goal right now is to get all four of those officers, anyone who had anything to do with the wrongdoing, held accountable. That is the main mission right now,” Trae Tha Truth said. So far, only Derek Chauvin, the officer seen pressing into Floyd’s neck, has been charged.

Houston Texans quarterback Deshaun Watson was also among those who showed support during the march. In one photo, he hugged Houston Mayor Sylvester Turner.

I am #ProudOfHouston for this afternoon’s peaceful & respectful march in honor of #GeorgeFloyd! 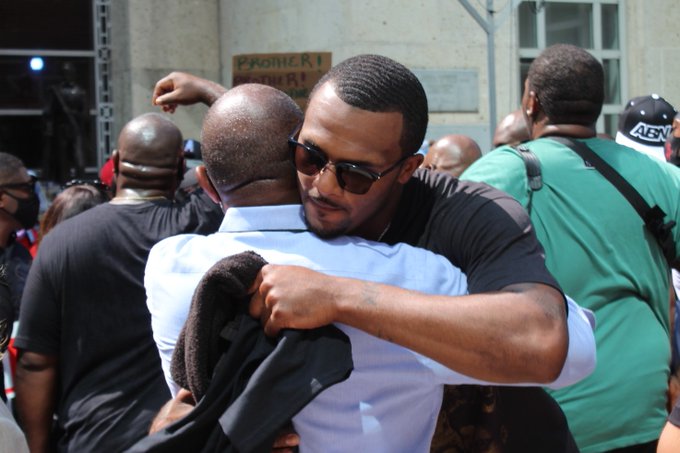 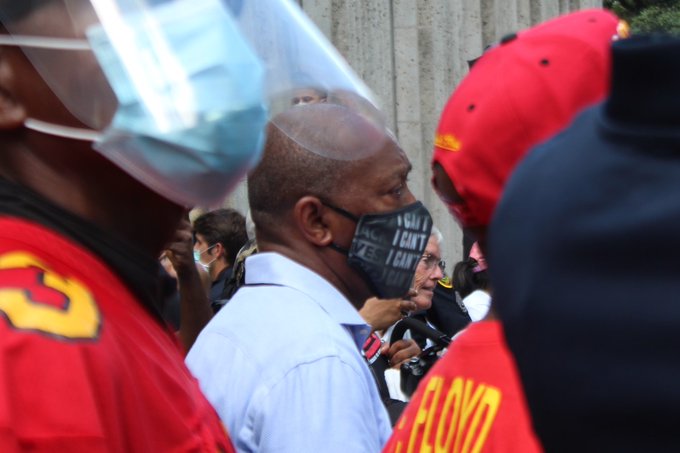 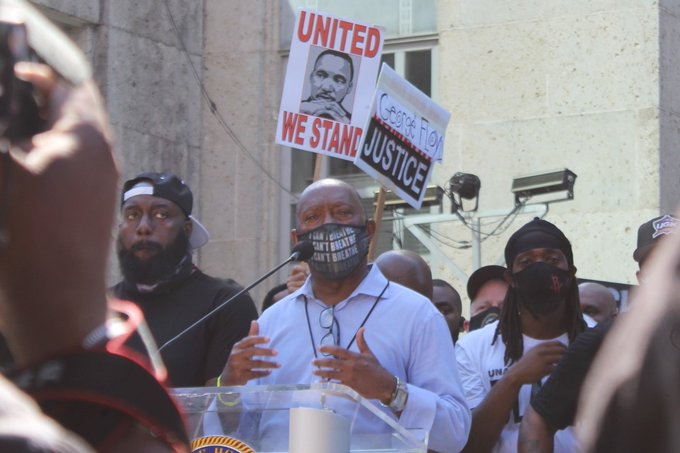 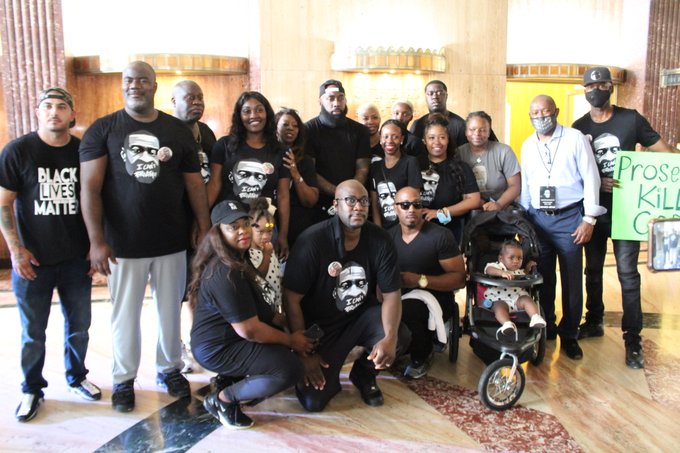 137 people are talking about this

Another bright moment came when two different protest groups happened to link up at the same time and started cheering and dancing. 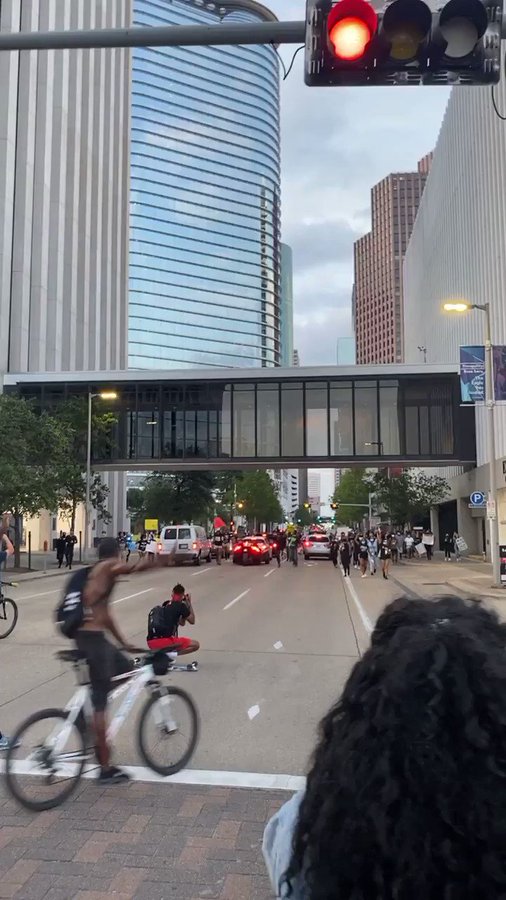 2,633 people are talking about this

In another instance, ABC13’s Steve Campion captured a man named Steven pulling trash bags from his bag to pick up garbage left behind.

This is how Houston marches!

I noticed Steven taking trash bags out of his bag and picking up garbage. Thank you, Steven. Thank you. #GeorgeFloyd #abc13 #hounews 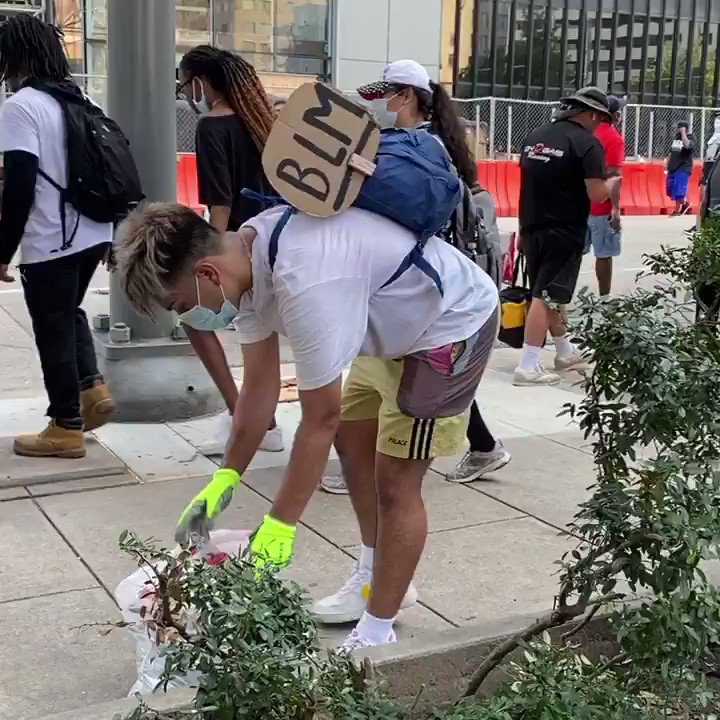 165 people are talking about this

People of all ages were united at the march, with one 13-year-old noting he was there for George Floyd.

At the end of the night, Houston’s City Hall was lit up in the colors of Yates High School, where Floyd was a student.

City Hall lit up with Yates HS colors, where Floyd graduated in the nineties.

Yesterday was a thing of beauty, #Houston. We’re you there?

16 people are talking about this

After the march was over, there were about 200 arrests, which included people who blocked the streets and threw rocks at police. No one was hurt.

Houston police stressed the number of arrests was low considering the thousands who marched peacefully.

This is an extremely low number of arrests considering the thousands of people in our community who marched and demonstrated peacefully today.

We’re not aware of any significant property damage or injuries.

We will have updated arrest numbers/info later this morning.

72 people are talking about this
The morning after: Peaceful moments you missed during Houston George Floyd march 2020-06-03
Asif Khanzada
Share

Tags The morning after: Peaceful moments you missed during Houston George Floyd march